Industry revolution had been occured in 4 steps. During 16th and 17th centuries, developments in the chemicals and astronomy sciences had triggered a lot of technological improvements. With the invention of steam engine, business had changed a lot as well as Daily life. Together with new engines and machines, economical life which was mainly dependent on human and animal power had turned into dependent on machine power. The first Steam engine was the start of the 1st Industry Revolution.

At the beginning of 20th century, usage of petroil-based internal combustion engines triggered the 2nd industrial revolution. Together with electric run factories and increase in the serial production, there were tremendous developments in the communication and transportation industries. Especially after the 1st industry revolution which was effective in Britain more, 2nd Industry revolution effected USA and Japan very much along with the other countires.

After the Second World War, by the developments in electronics and communication technologies, usage of computers and automation increased a lot. Since 1970s until now, together with digitalization, 3rd industry revolution occurred. Digitalization in production, especially microelectronics, fiberoptic technologies changed the way of production and global industries.

Industry 4.0, describes the 4th Industrial Revolution which is a new level in organizations and management of whole value chain of product and production lifecycle. Industry 4.0 covers all the services on the value chain starting from concept to production processes till recycling.

The first announcement of Industry 4.0 was done by German Government as “Future Project” in 2011.

Industry 4.0 relies on the communication between all production units, accessing all data on real time and providing maximum added value by using this data. Internet of things (IoT) starts at this point. By means of internet, everything can be accessible and manageable. Therefore, it became possible to talk about smart factories to tremendously decrease concept to production time of very complex products, virtual simulations of product and production

Siemens describes the way to Industry 4.0 as “Digital Enterprise”.

There are 3 main targets of Digital Enterprise: 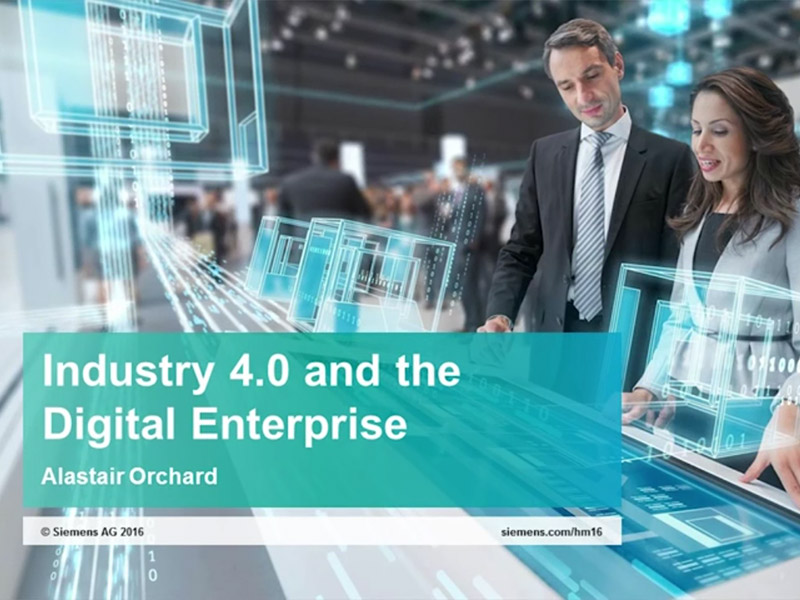 Industry 4.0 and the Digital Enterprise